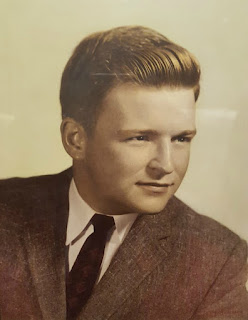 Did you know that, if you look up the word legacy, the first definition refers to an amount of money or property left to someone in a will? That’s sort of a sad commentary, because it seems that most people have no first-hand experience with the sort of legacy left by Allen’s dad, James Sowers. Sometimes you don’t have to have met someone personally to know what that individual was like. Sometimes, all you have to do is listen to the people who loved him most.

Allen shared three Bible verses that exemplify his father’s life. This alone gives you a tremendous insight into the life of James Sowers.


Jim Sowers was born to a coal miner named Russell and his wife, Anna, in West Virginia. His early years sound a bit like a Country and Western song. It was a rough home life filled with coarse language and dotted by a number of near-death experiences by his father in the mines. After nearly dying one too many times, Russell changed his line of work and moved the family to Wooster, Ohio. 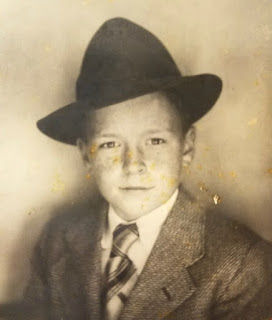 The summer Jim was thirteen, he met a kind woman who took an interest in his life. She invited him to a Vacation Bible School program at a local church, and that is where he met Jesus. He prayed the sinner’s prayer and his life was changed forever.

His parents noticed the change, and they were drawn to it. They started going to church, along with Jim's only sibling. All three became Christians. For the next three years, the once coarse-speaking Russell said very little. The man who never uttered a sentence without a swear word worked hard to change his everyday speaking habits. He began reading his Bible regularly and eventually went on to become a Sunday school teacher. Russell died of coal miner’s lung when Jim was just 18 years old.

Jim chose to study at Fort Wayne Bible College, with the goal of receiving a Bible degree and teaching certificate, and becoming a missionary. He also worked 40 hours per week and extra hours in the summers to supplement his widowed mother’s income. One of his jobs in Fort Wayne was taking care of special needs people at a residential facility. He worked the night shift, which allowed him some time to study, but cost him a lot of sleep.

Upon graduating, he first became the pastor of a small church. Following that, he became a Christian Missionary Alliance associate pastor. The Alliance leadership recommended that he attend the Jaffray School of Missions in Nyack, New York, to prepare for the mission field, and he completed his missions training there.

When Allen’s parents married, it was with the intention of going to the mission field. The couple had met back when they both lived in Wooster at around the time Jim’s father was dying. Blanche attended Taylor University in Upland, Indiana. James began showing up on weekends. At first, many people at Taylor University thought the two were siblings because they looked so much alike. Eventually, people figured out that no brother visits his sister with such regularity and understood they were sweethearts.

The couple did go on to become missionaries. Allen and his brothers grew up in the Philippines and Malaysia. When the family eventually moved back to the States, Jim accepted an associate pastor position. This was around the time Allen began college. Later, Jim began to work as a headmaster of Christian schools, while also continuing his own education. He was one class and a thesis shy of receiving his PhD in Education Administration when his mother became ill. He and his family relocated to be near her and he never returned to his graduate program. Jim spent almost all of the rest of his working career in Christian ministry.

Allen talked about the similarities and differences between himself and his dad. They were both gifted with a strong work ethic and drive. His dad was a bit more of a perfectionist, even though he didn’t share Allen’s Type A personality. While his grades just squeaked by during his undergraduate years because he was working so hard to support his mom, for his doctoral work Jim maintained a 4.0 GPA.

Allen also describes his dad as innocent and trusting in the way he dealt with people. “He always believed the best of everyone, no matter how many times they had burned him. Sometimes he trusted people he probably shouldn’t have trusted. He also didn’t understand how there could be such a thing as church politics when everyone was there to serve the Lord. He had faith like a child.”

James Sowers spent all but seven years of his adult life in ministry. His lifetime example is a huge part of the reason Allen, Russell, and Rachel are where they are and doing what they do. That is his legacy and it is far more precious than money or property.