After a two day “break” from the church construction project at Quelecasque, Allen, Russell, and some of the crew were back on the job site, when I spoke with Trish on Wednesday. Trish used the word “break” when describing the two- day gap in building, but the word definitely needs quotation marks around it. The reason for the brief halt on the building project was that they were falling behind on work on the coffee farm.

Allen and Russell hired a few local guys with the necessary skills to come in and help out around the farm for a while. With the increased number of men on the coffee crew, the building crew was free to return to Quelecasque.

You may recall that the project involves adding a second floor to the existing church building. The 2nd floor was divided into six sections. The concrete flooring has been poured in four of those sections. [Note: Please read the next sentence in your best infomercial voice.] But wait, there’s more! (See? Aren’t you glad you did the infomercial voice?) They have already started putting up walls on the sections with flooring. Things are coming together. 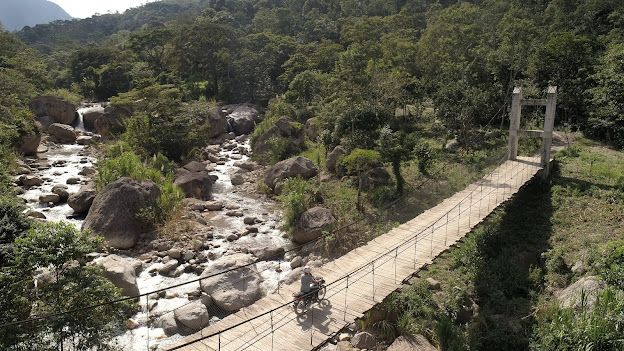 It’s also time for the motorcycle ministry to help provide another batch of motorcycles to deserving pastors. The first stage in the process is identifying the pastors who will be recipients. Sowers4Pastors has a donor who partners with them to help fund this project. This donor requests information on the pastors being considered. There is a questionnaire for each pastor to complete. As with so many things, this process became a little more complicated due to current travel restrictions.

Why can’t all of the information be easily gathered by phone? Well, if you’ve ever tried to have a phone conversation with Allen or Russell when they are out and about in Honduras, then you know that cell reception is spotty, at best. It’s slightly better than using two tin cans and a reeeally long piece of string. But only slightly.

Sowers4Pastors put Melvin in charge of collecting the information they needed from prospective motorcycle recipients. Sometimes he couldn’t reach the pastors. In those cases, Melvin relayed the questions, by phone, to the pastors’ supervisors. The supervisors then communicated with the pastors and relayed the answers to Melvin, again by phone. The information was then translated into English and given to Trish, who entered the information into the application forms. Finally, the forms were sent along to the donor.

Even though the process was convoluted, it was effective. Hopefully, 12-14 pastors will have motorcycles fairly soon.