Have you ever seen the TV show House Hunters? I don’t have cable, but I have been in enough doctor’s waiting rooms to catch a few episodes. The premise seems to be that a couple begins working with a local real estate agent to find their perfect home. They are shown some properties and when the episode wraps up, they’re all moved in and ready to share the changes they’ve made with the viewing audience. It’s a real shame that Tiffany and Shawn Richardson weren’t asked to be on the show when they decided it was time to buy a new property. It isn’t every day that a Florida couple’s reason for relocating is so they can offer more assistance to a ministry based in Honduras. 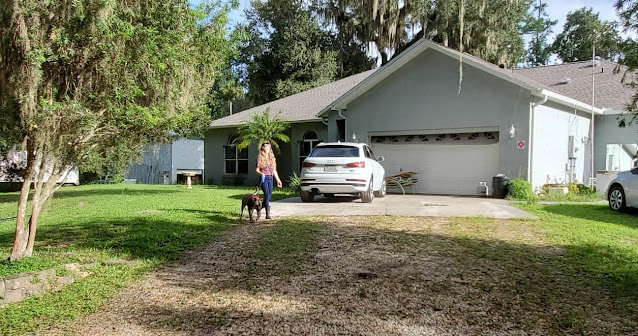 Tiffany and Shawn Richardson, and their daughter Karma, have been involved with Sowers4Pastors ministry since 2017. Like many people, their involvement began with one child sponsorship and a short-term mission trip to Honduras. But their involvement escalated quickly when they began opening their home to receive some boxes from people who weren’t on the backpack collection route.

The Richardsons loved their old house, but it wasn’t terribly roomy. It was great for living, but it wasn’t exactly optimal for doing everything they want to do for Sowers4Pastors. There was the issue of where to store the steady stream of backpacks that arrived each fall. They didn’t really have enough space to offer a home away from home to Allen and Trish when they visited Florida. And they knew without asking that their HOA wasn’t about to let them plop some storage containers in their yard.

At first, Tiffany and Shawn weren’t thinking of houses. Their big plan for the future was to purchase a Tesla. Shawn is a SpaceX employee, so owning a Tesla would be a natural fit. Then COVID-19 hit and they started thinking about how great it would be to build a swimming pool instead. At some point, it occurred to them they could achieve a much bigger dream than a Tesla or a swimming pool. So they began looking at properties to help them be of more service to Sowers4Pastors.

They landed upon a property that consists of 8.5 acres. That’s pretty sprawling. But there’s more. It needed a lot of work, so the price was right. The home on the property used to be an assisted living facility, so it was already split up to have a separate living quarters, which might house, oh, some visiting missionaries from Honduras! There is a small kitchen, and quiet space for Trish to do her work on the computer. Allen and Trish will be able to enjoy their private quarters and join the Richardson family whenever they want to and are able.

Tiffany and Shawn moved in during July. It wasn’t a smooth and easy process, but they are in and there’s no use in dwelling on the goats that moved into their home before they did. Now, they have enough room to house the Florida storage containers. When the Sowerses purchase personal items throughout the year, they have an address to have them shipped. When there is a food packing event in Florida, there’s room for that, too.

Prior to this, containers were housed on the property where Terry Shores is caretaker. It was a bit out of the way for most volunteers and, since it wasn’t Terry’s land, there was always the possibility that the ministry would need to find a new location for their containers. Terry is working to move some of the containers and other items to Tiffany and Shawn’s land.

The Richardsons have big plans to build a permanent roofed workspace to make it cool for volunteers working on backpacks or food packing. Neither rain, nor a chilly Florida morning will be reason for volunteers to not report for duty. They will be able to keep the focus on feeding and getting backpacks to kids.

Allen and Russell have volunteered to do some work on the property whenever they are in the area. Tiffany is not shy about accepting their offer. She said she has a “Brother Do List” all ready for them. 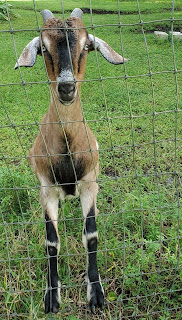