Sometimes the most fun part of a road trip is reminiscing about it after you’re home. It’s the end of the road for this year’s backpack collection trip, but Allen and Kirstin’s final leg of the trip deserves a page in the scrapbook. Since no one has time to run to the craft store and purchase stickers of a Penske truck and sayings like, “ADVENTURE IS OUT THERE,” and “FIND JOY IN THE JOURNEY,” they’ll have to settle for a blog post.

When Allen and Kirstin flew into Austin, Texas on Thursday the 8th, they were keeping a close watch on the weather forecast. Hurricane Delta was picking up steam and heading for the Gulf Coast. Allen and Kirsten had plans to rent a Penske truck on Friday morning, head to Round Rock to pick up the backpacks collected in the Lone Star State, and then start driving east. Toward the storm.

They were scheduled to be at a dinner in the home of Pastor Bob and Brita Wren in Gulfport, Mississippi on the evening of Saturday the 10th. So, while they weren’t on a super-tight schedule, there was the hurricane to consider. The more they saw of the weather reports the more it seemed like a very good idea to make a few scheduling changes. When they arrived in Texas on Thursday, they made a few phone calls, rented the truck early, headed to Round Rock to collect backpacks, and drove through the night. They arrived at the Wren’s home on Friday morning, around 5 am. 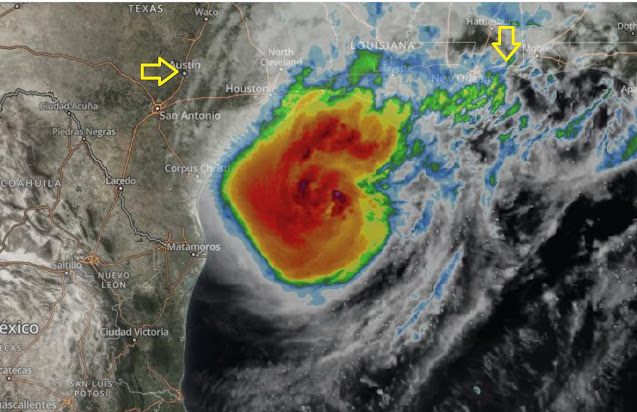 This turned out to be a very good thing because Hurricane Delta made landfall as a Category 2. One of the major roads Allen and Kirstin traveled was closed for a while because of the storm. Allen and Kirstin were a little “draggy” for the remainder of the trip, but they were able to rest up a little at the W’s house, enjoy their dinner with some of the members of Bible Fellowship Church, and pick up a lot of backpacks. In Gulfport, they also collected backpacks from Crosspoint Church and met with Pastor Israel C.

There are not a lot of stops along the Southern part of the trip, but each stop had made a large effort. Allen and Kirstin drove up to Coffeeville, Alabama, where there is an association of churches that took part in backpack collection. They visited the home of Pastor Chris and Elisha O. of New Faith Baptist Church. Chris and Elisha also happen to be Manna sponsors. Allen and Kirstin drove up to Coffeeville, Alabama. Even in a difficult year, the association of churches managed to turn in more backpacks than last year.

After Alabama, Allen and Kirstin rolled into the Florida panhandle, where they picked up backpacks from Manna sponsor, Hannah H. Hannah’s backpack collection effort was spearheaded by her children, ranging in age from four to nine-yrs-old. For the second year in a row, her children insisted on putting out the word to their friends, neighbors, and extended family.

The remainder of the trip was spent transporting everything to Edgewater, where it will eventually be loaded onto a container. Not one to be overly dramatic, Trish said, “Other than dodging the hurricane and feeling a little under the weather, it all went well and uneventfully.”

So, with hurricanes, wildfires and snow behind them, the crew is extremely grateful for everyone’s prayer and God’s protection on this trip. Thus concludes the great American backpack trip! 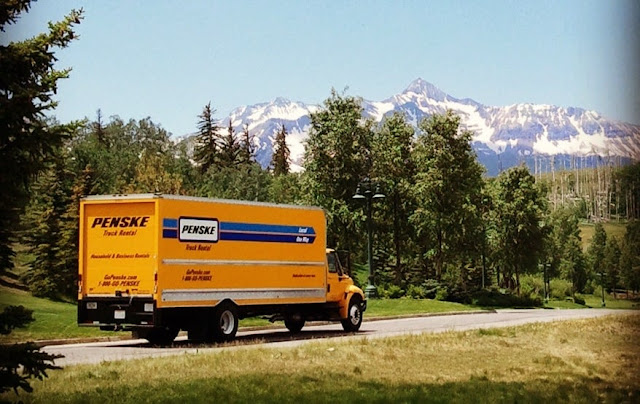